Your top Second Life Blog for Gacha and Gacha Events 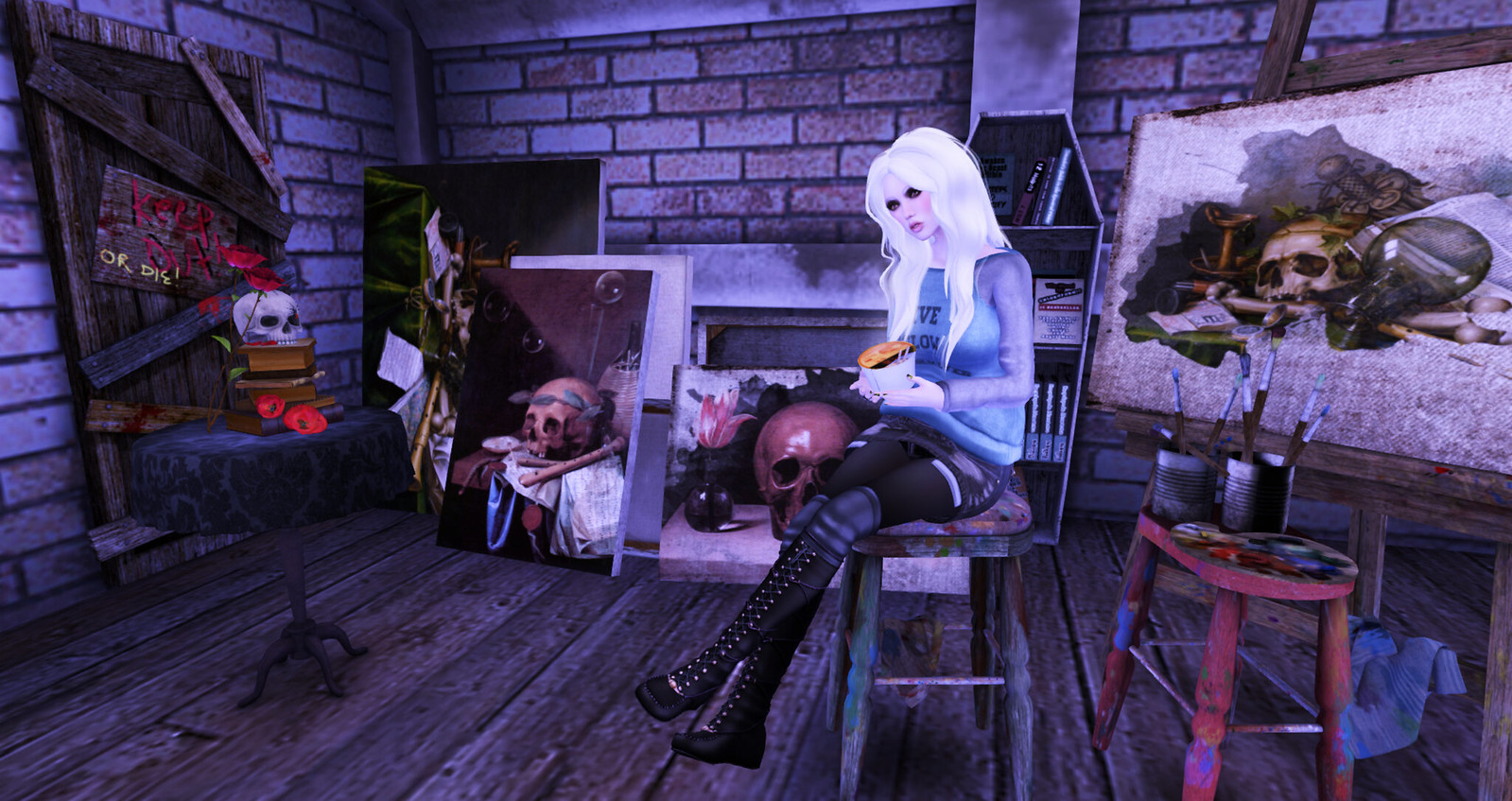 Funny story about this blog is that the other night I watched a new TV show called, iZombie, and thought their unique zombie perspective to be quite hilarious.  Based on the main character, Liv (ahahahaa, irony), who turns into a zombie, I took B.C.C. ‘s ramen from The School Canteen Food gacha, to pretend I’m eating spicy noodles and brains; the only way for a zombie to taste anything ‘is to have six chili peppers by the name’ (Liv’s own words).

For those who have not picked up the new television series, the paintings are a reference to episode two, when a mysterious death falls upon a painter.  I won’t put any spoilers!  Promise.  Noctis, whom made this wonderful Vanitas gacha set (the paintings, skulls, stools) helped me really fall into fangirlism for this new television show and gachas altogether.  Now I feel like I’m part of the story as well as virtually living it! 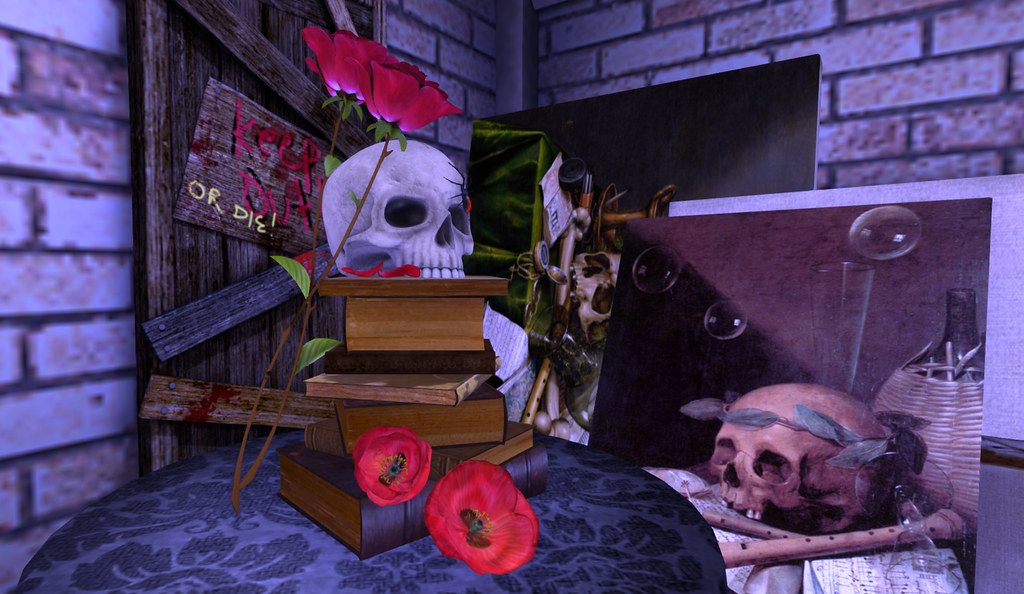 What a Home – CryBunBun – Dreaming Thicket